International Conference “THE ART OF HANS ARP AFTER 1945”

Hans Arp gained broad international recognition after 1945. During this latter phase of his career, the French-German artist continued to develop new series, including the so-called Threshold Sculptures, as well as innovative techniques like découpage, papiers déchirées and papiers froissés. However, Arp did not limit himself to formal innovation; in terms of content, he drew from medieval mysticism as well as ancient and non-Western cultures. During the 1950s, Arp published several volumes of poetry in German and French. Having made great strides during this later phase of his career, Arp also became an influential figure to the next generation of artists. His biomorphic forms became cipher for modern art, finding echoes in literature and organic architecture as well as the design and product development of the 1950s. It is therefore surprising that Arp’s late work has received little scholarly attention. The conference will fill that gap by opening up new avenues for scholarly discourse on Hans Arp’s late oeuvre and to shed light on his transformative influence on international modernism in the post-war period. The conference THE ART OF HANS ARP AFTER 1945 took place at the Kröller Müller Museum in Otterlo from June 8-9, 2017. The conference was a cooperation between the Stiftung Arp e.V. and the Kröller Müller Museum.

Videos
You can find the conference videos on our youtube channel.

Publication
Dowload the PDF of the conference publication here. 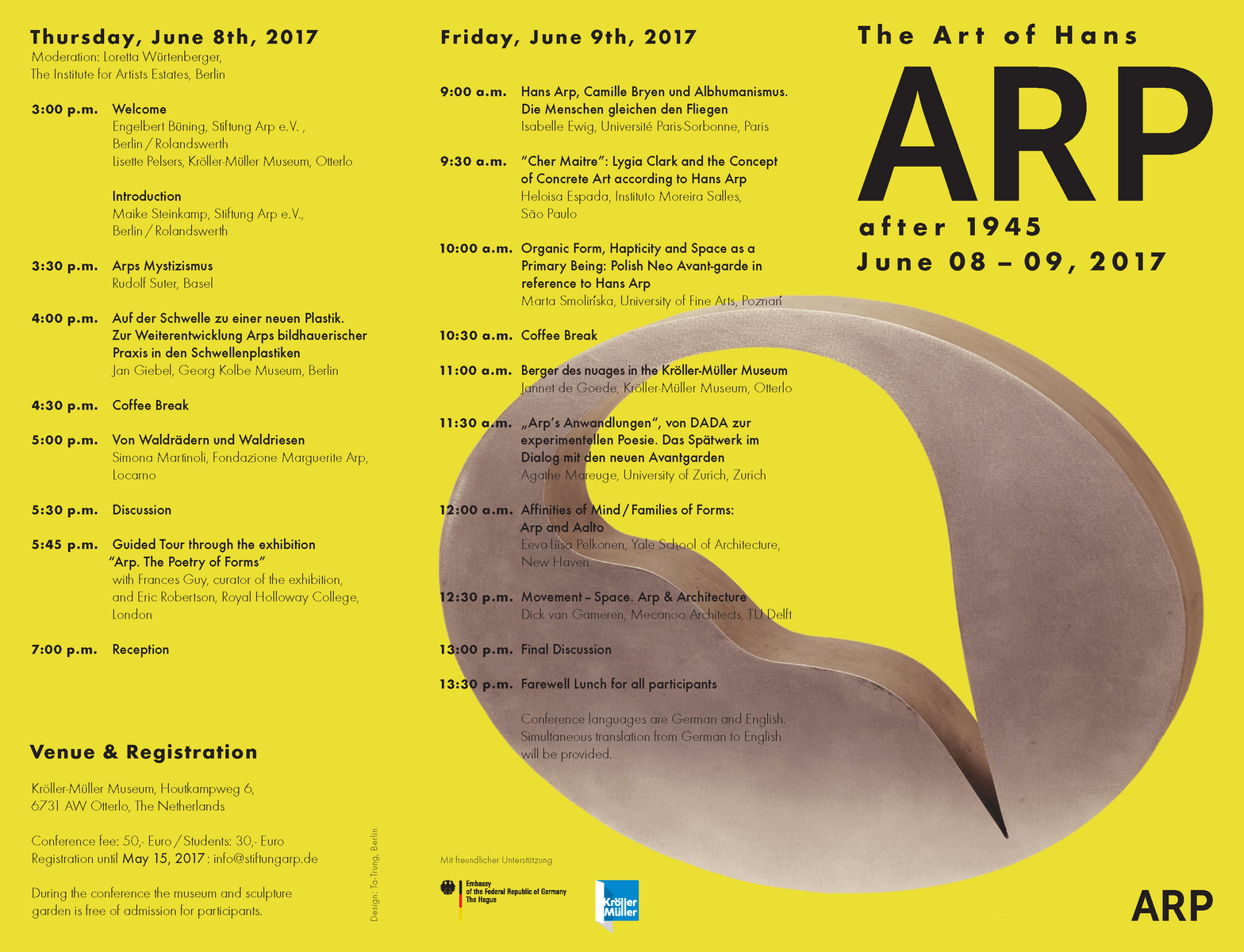