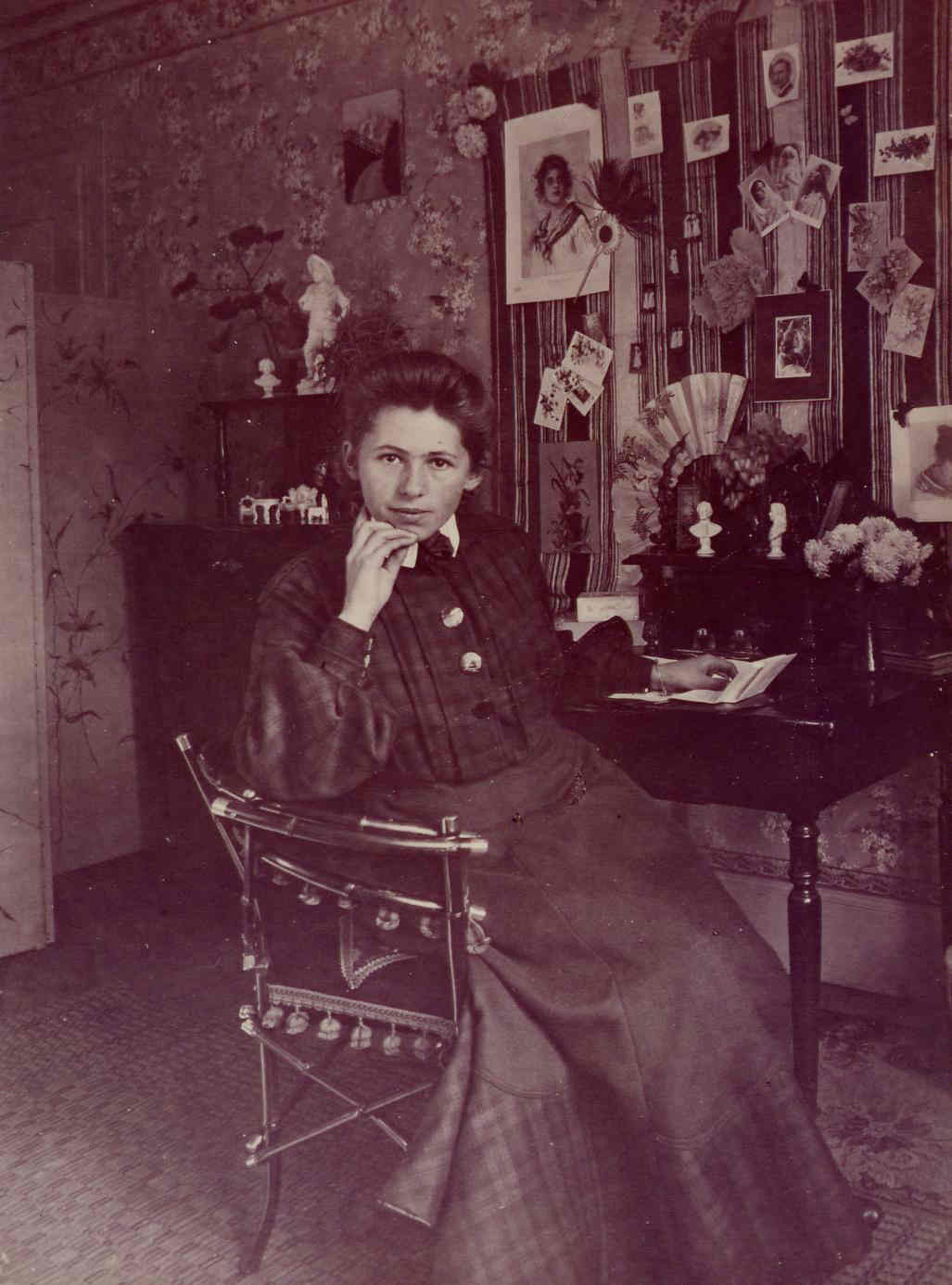 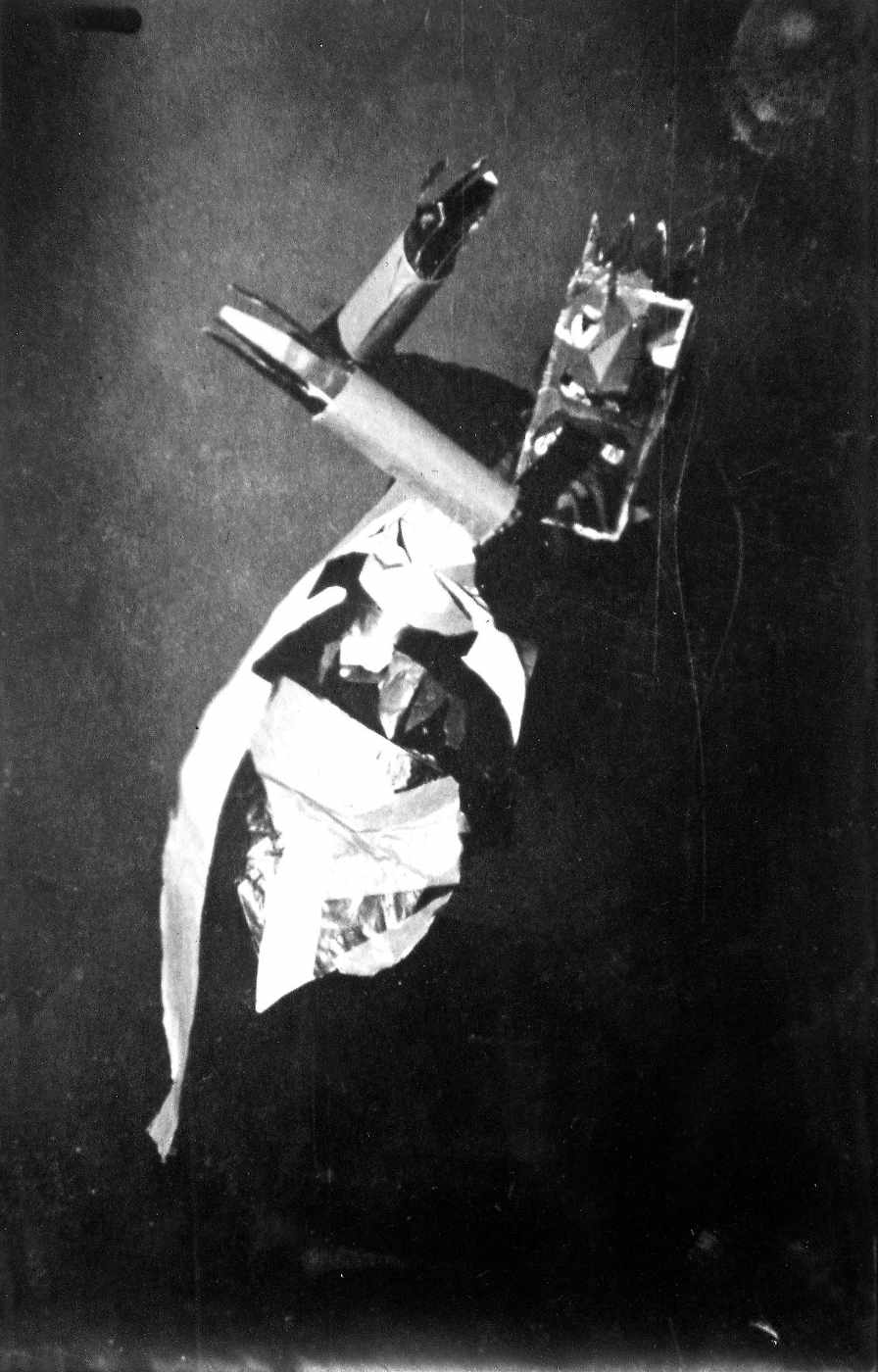 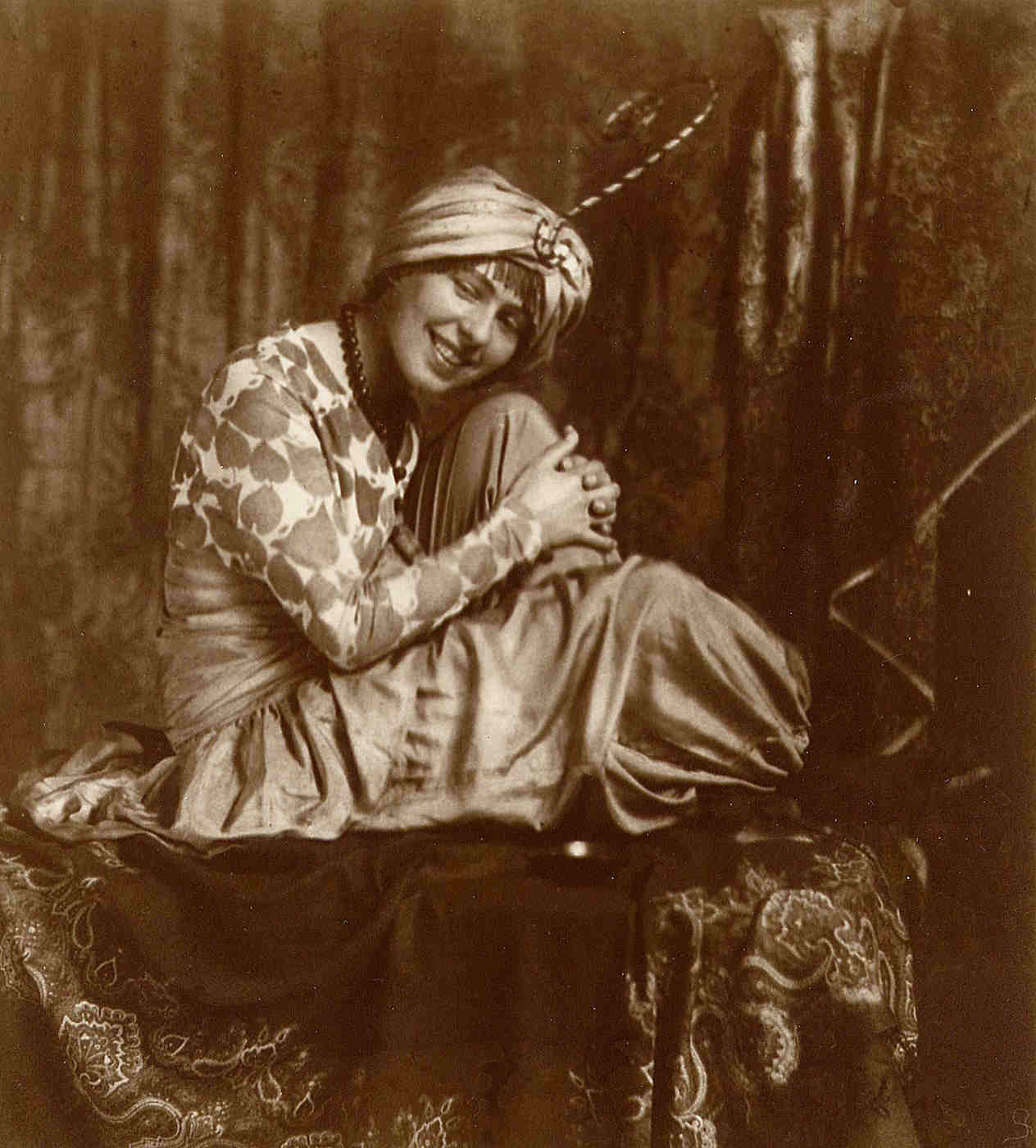 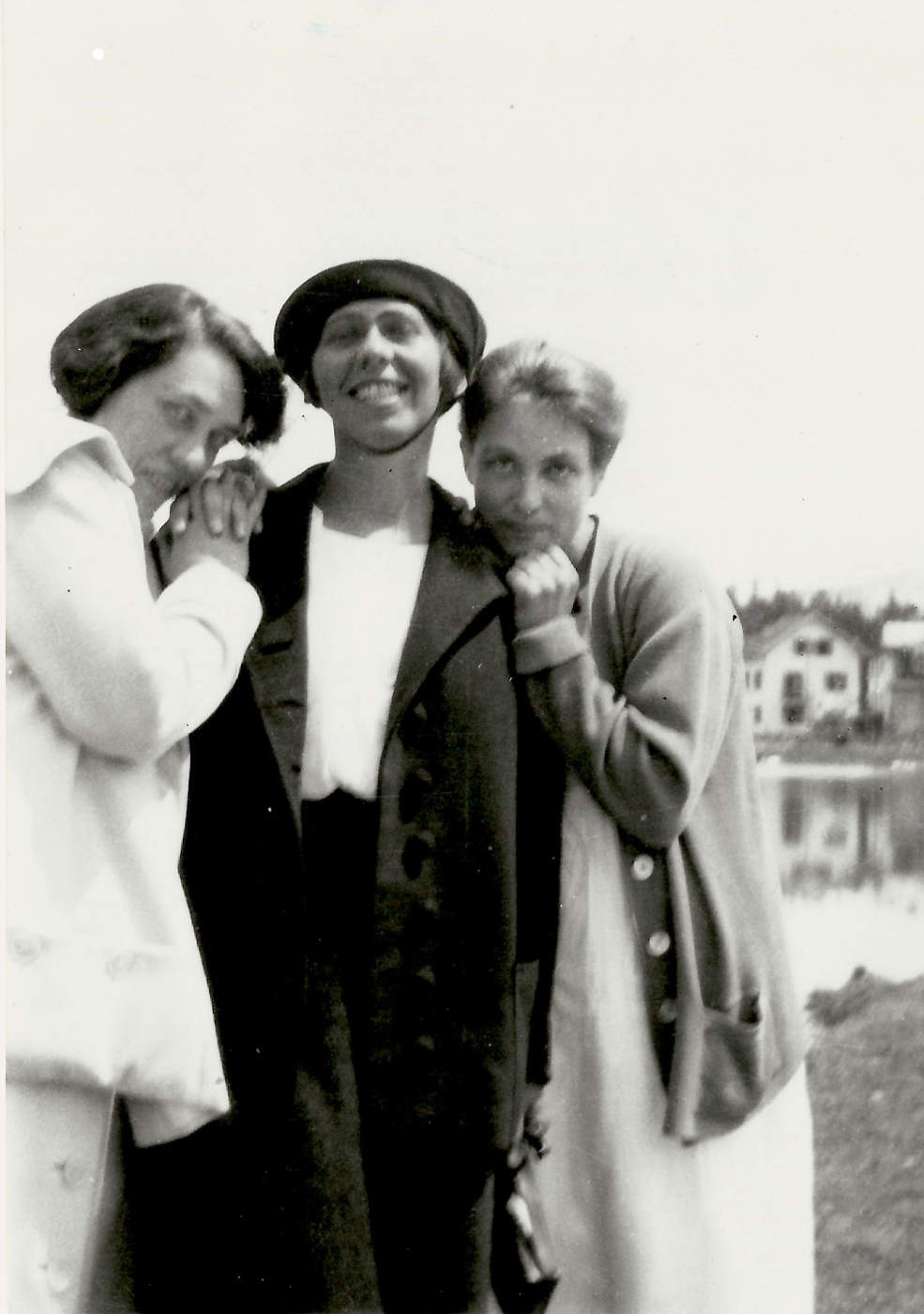 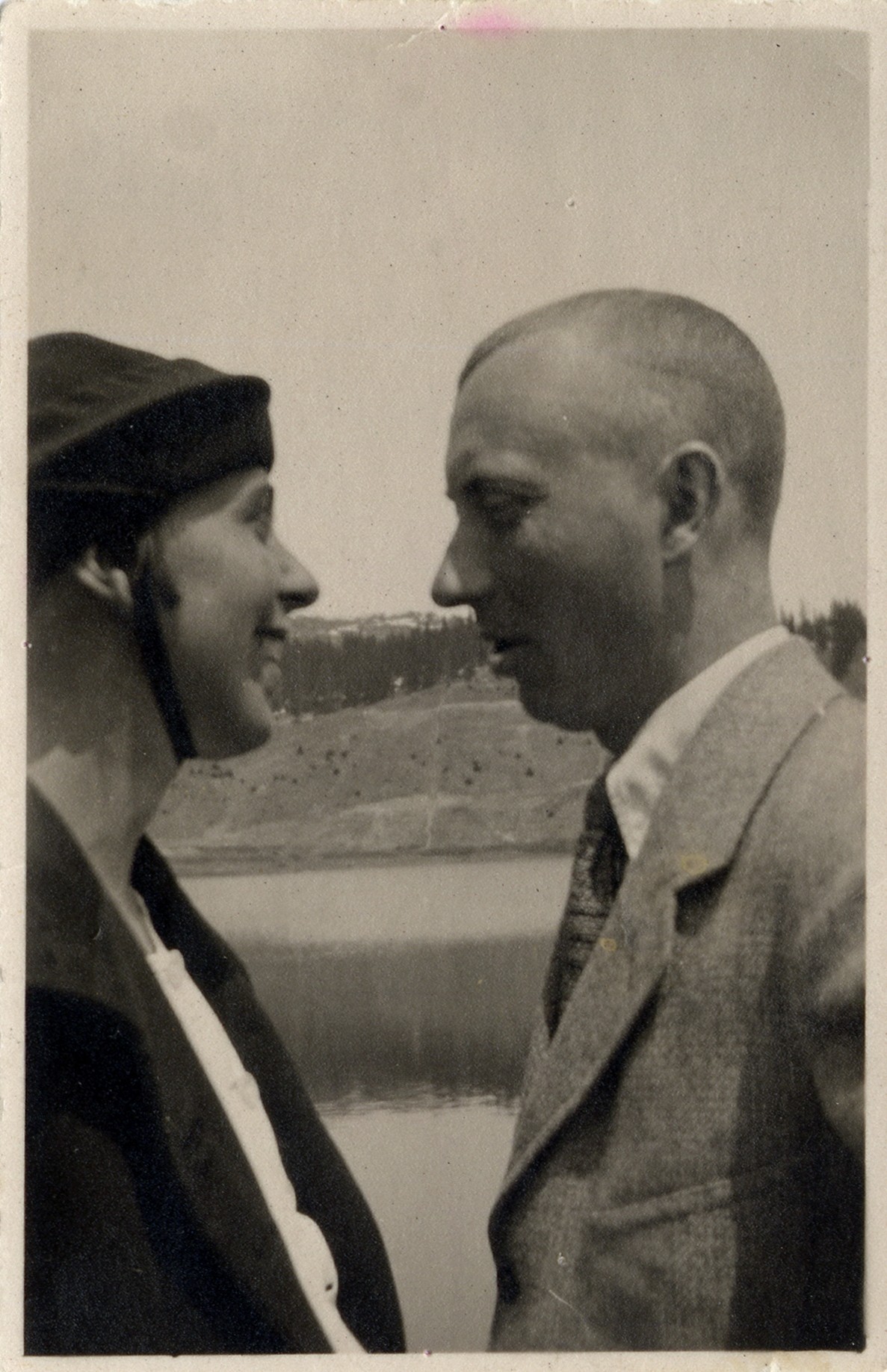 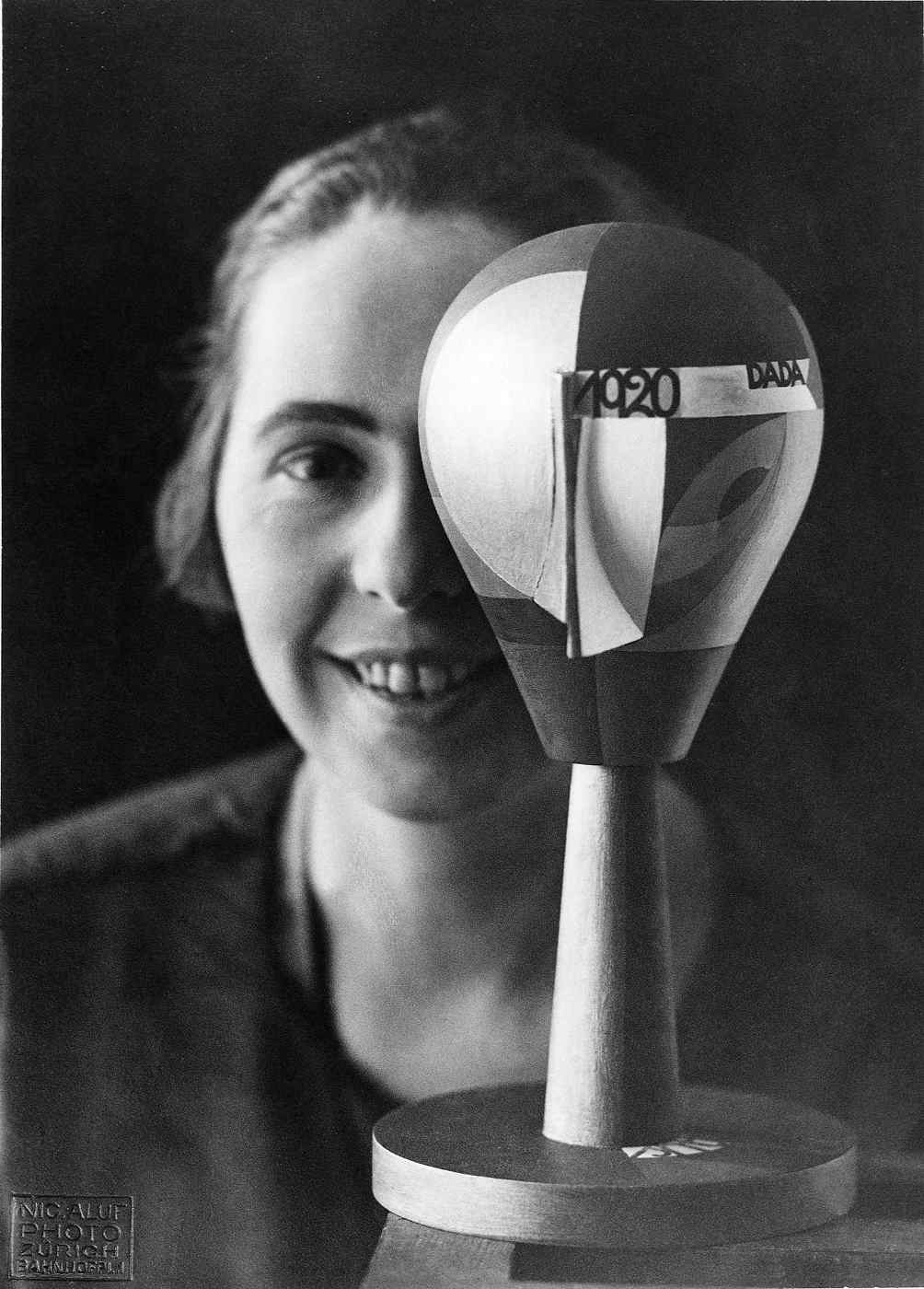 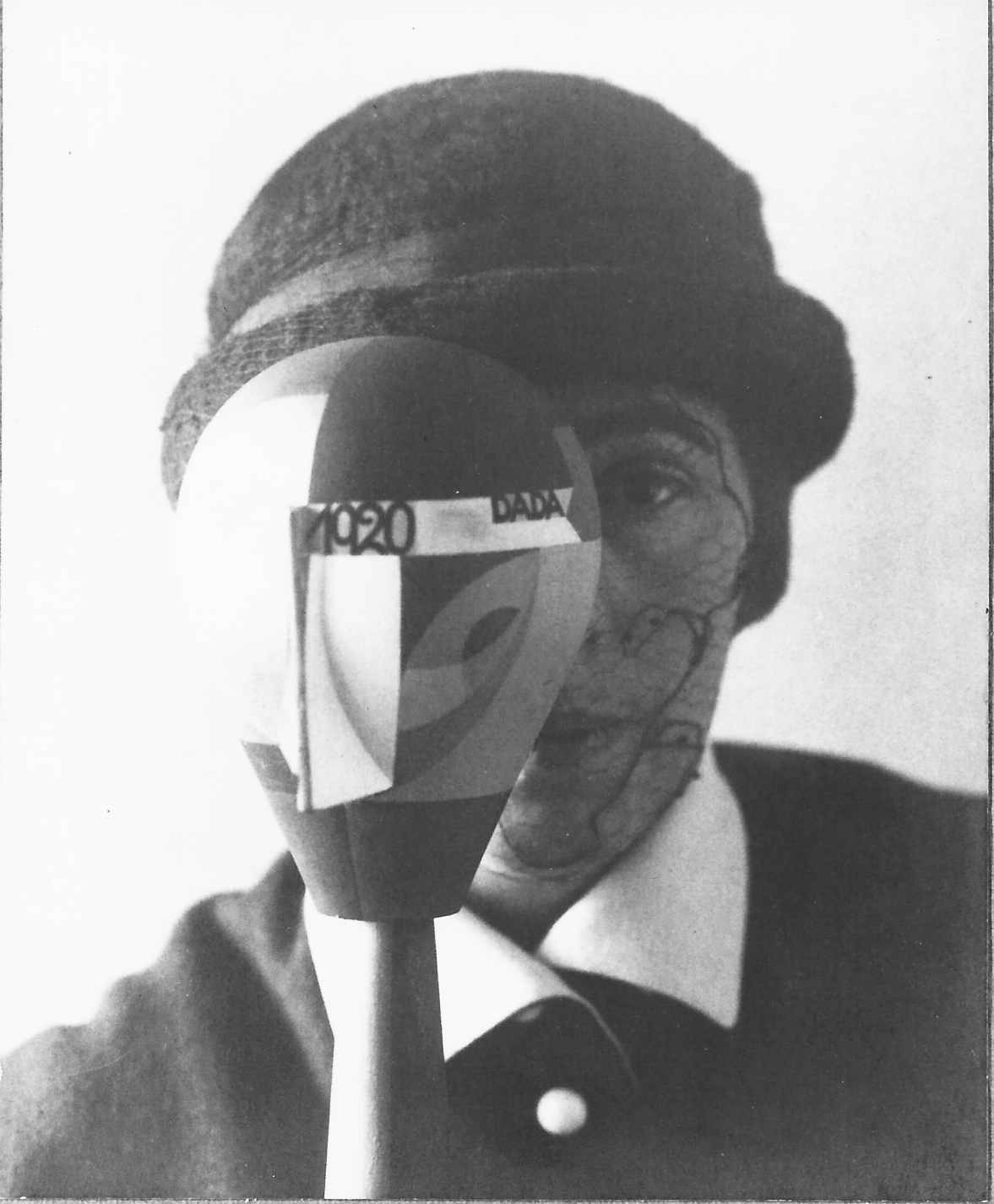 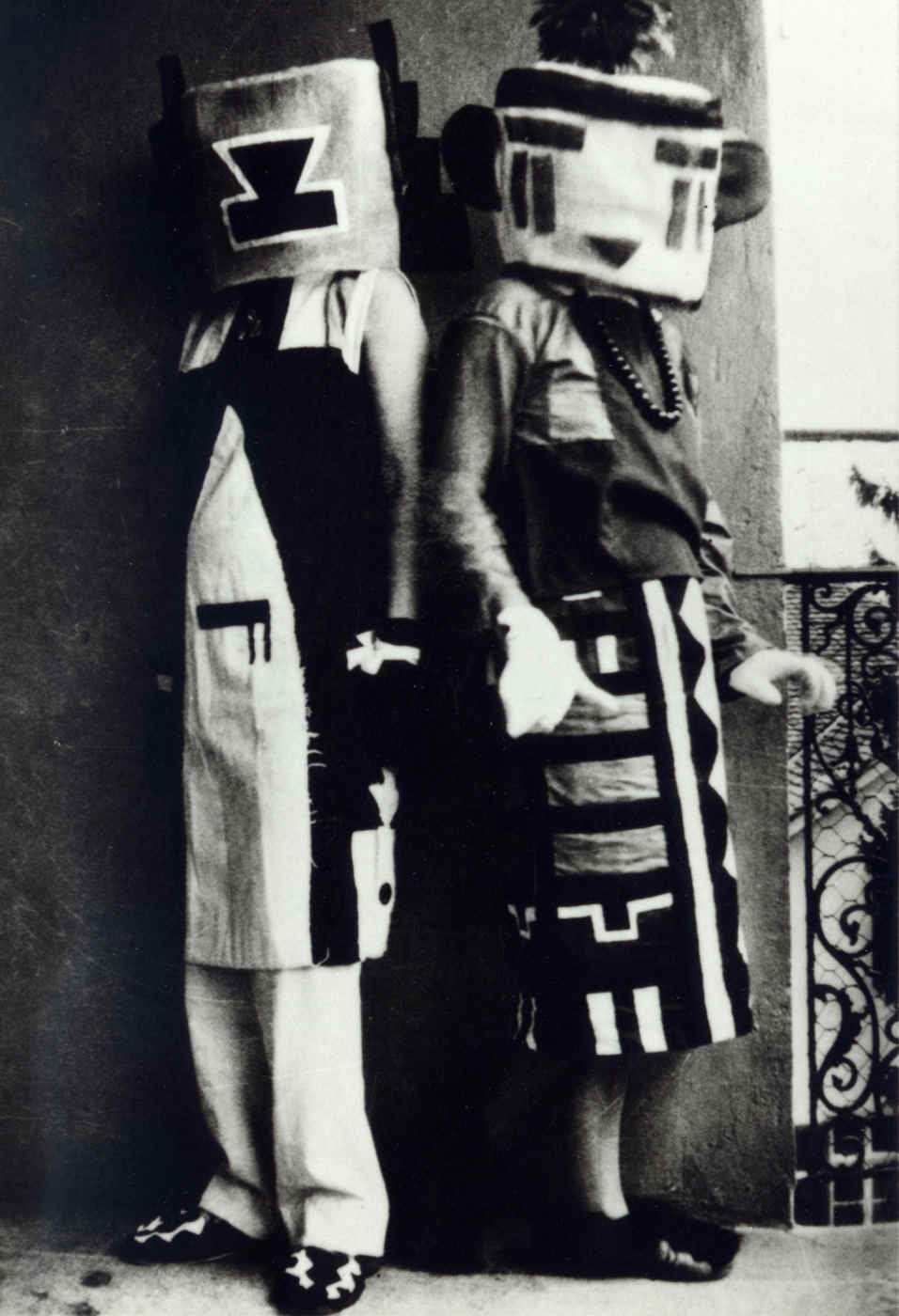 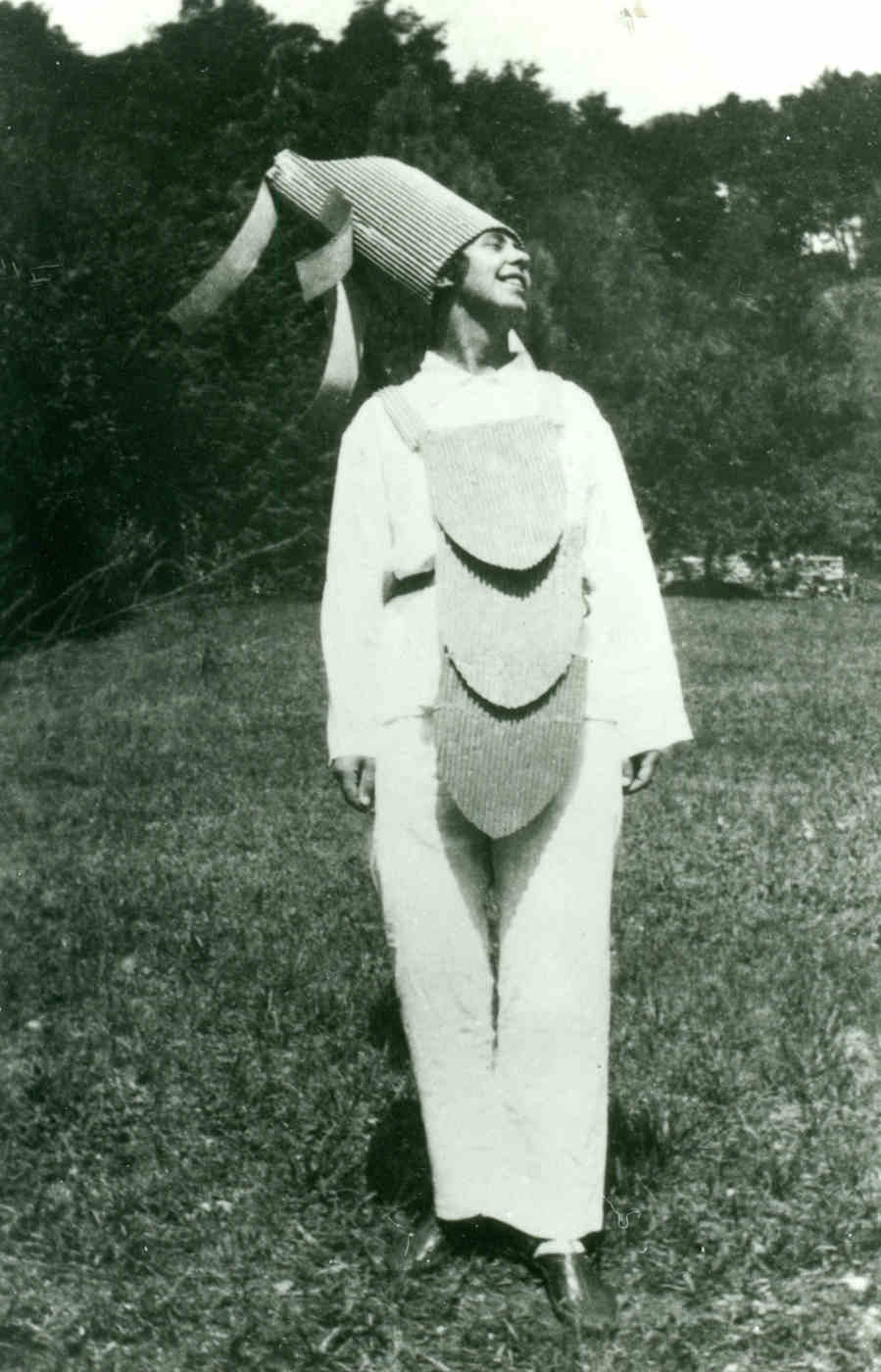 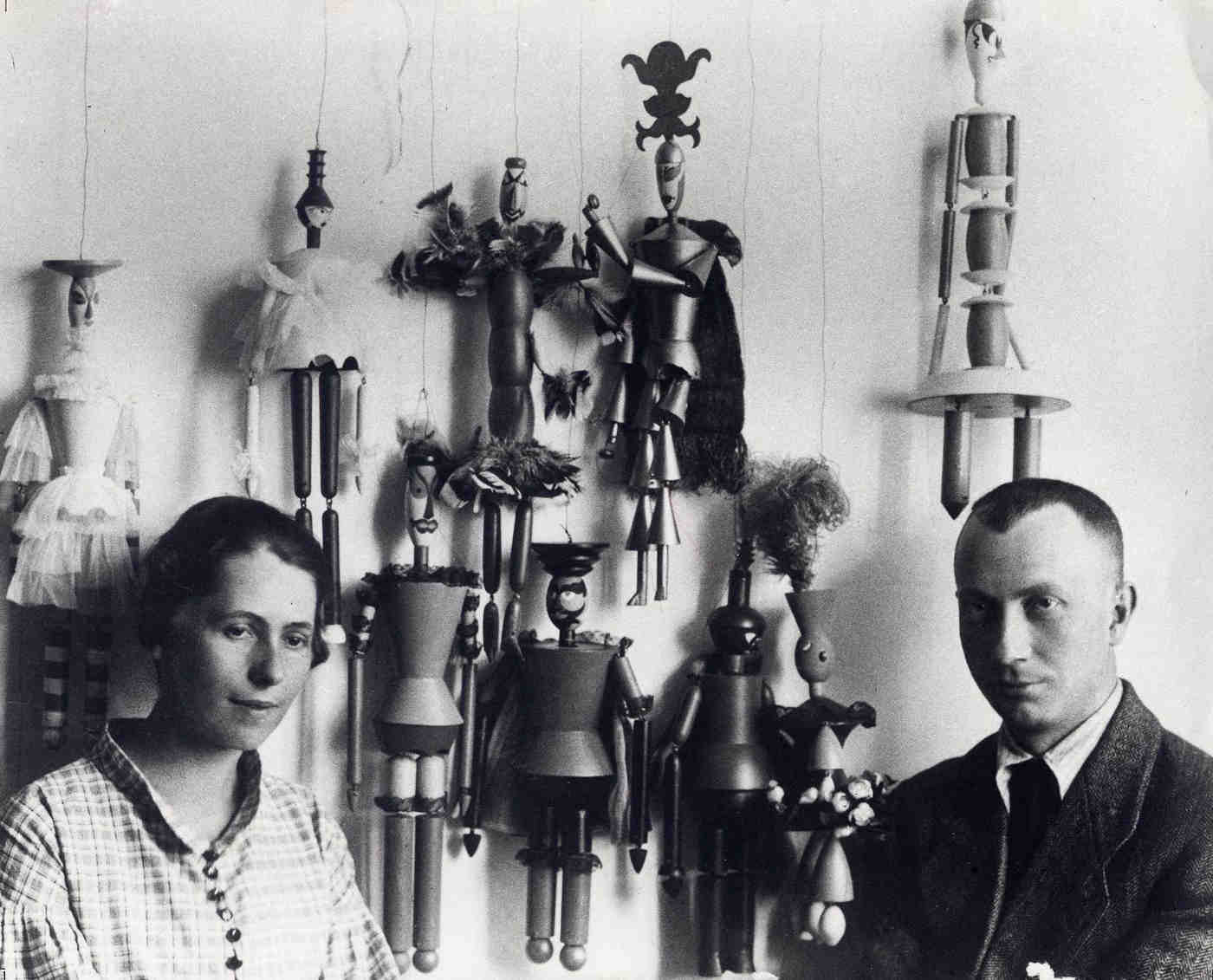 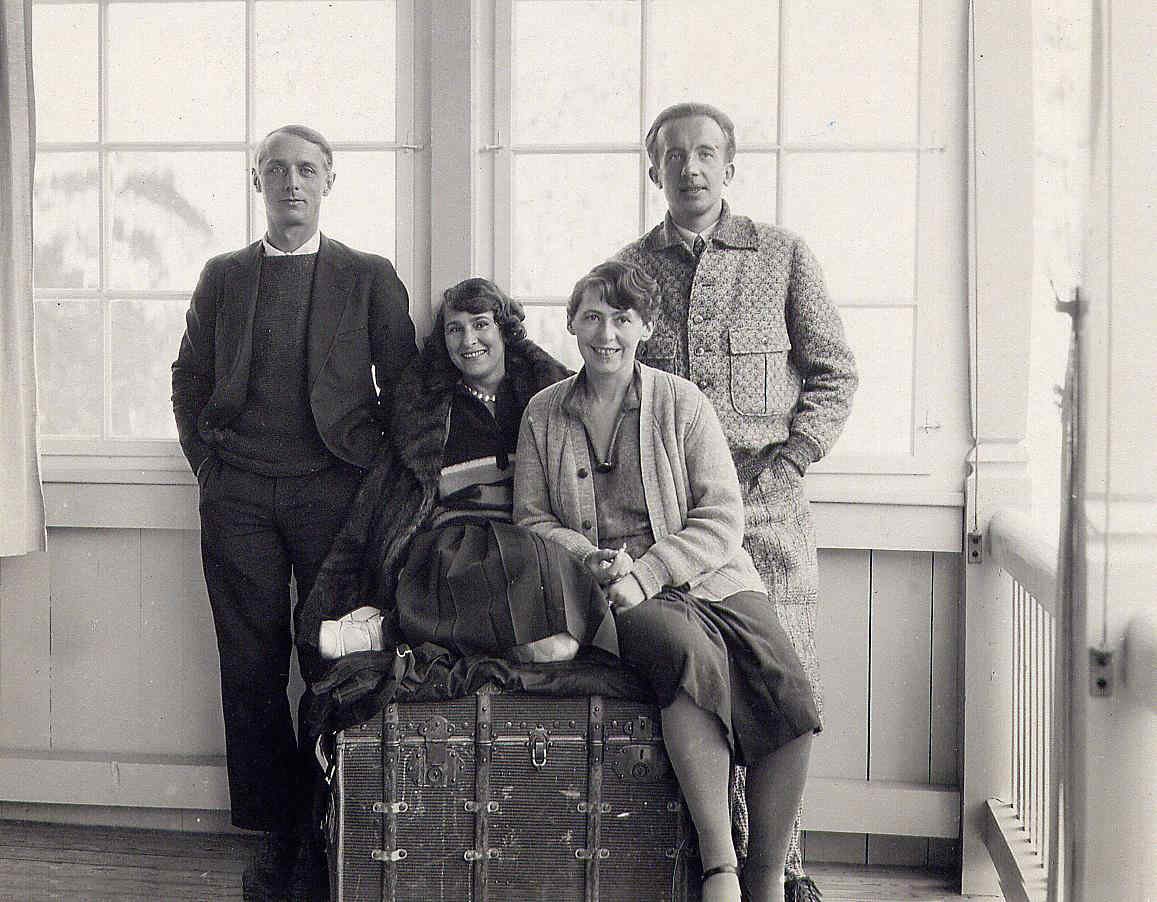 Sophie Henriette Gertrud Taeuber was born on January 19, 1889 in Davos-Platz, Switzerland. From 1904 to 1907 she attended the Stauffacher-Schule and the drawing school at the Industrie- und Gewerbemuseum, or the museum for industry and design, in St. Gallen. In 1910 she began her studies at the Lehr- und Versuchsateliers für angewandte und freie Kunst in Munich, a reformed art school that sought to synthesize the visual and applied arts. After an additional semester at the school of applied arts in Hamburg in 1914, her student days came to an end. She joined the Schweizerischer Werkbund in 1915, the same year that she met Hans Arp. Enthused about her work, he encouraged her to devote herself to it even more fully. The artists’ close collaboration resulted in collages, sculptures and textile designs. Sophie Taeuber took lessons in movement arts from Rudolf von Laban, a founder of modern dance. She appeared as a dancer at the Dada-Soirées at the Cabaret Voltaire and the Galerie-Dada. Later on, she choreographed her own pieces. On May 5, 1916, she took over the textile class at the applied arts school in Zurich. In 1918, she also became a member of the artist’s association Das Neue Leben (New Life). At the same time, she undertook the design of stage backdrops and marionettes for Carlo Gozzi’s rendition of the opera König Hirsch. On October 20, 1922, she married Hans Arp. In 1925, Taeuber-Arp was appointed a member of the Swiss jury at the Exposition Internationale des Arts Décoratifs et Industriels in Paris. Her works won prizes and were shown in the International Exhibition of Modern Tapestries in Toledo, Ohio, USA. Sophie Taeuber-Arp and Hans Arp became French citizens in 1926. Through her connections with the Horn brothers, she secured contracts to design the interiors for various buildings, including the Aubette in Strasbourg. In turn, she asked Hans Arp and Theo van Doesburg to collaborate with her on this large-scale project. Around the same time, she had a studio-home built according to her own plans in Clamart, near Paris. Having left her teaching post in Switzerland in 1929, Sophie Taeuber-Arp settled permanently in France. In collaboration with Marcel-Eugéne Cahen, she also realized the renovation and redesign of theParisian Galerie Goemans. 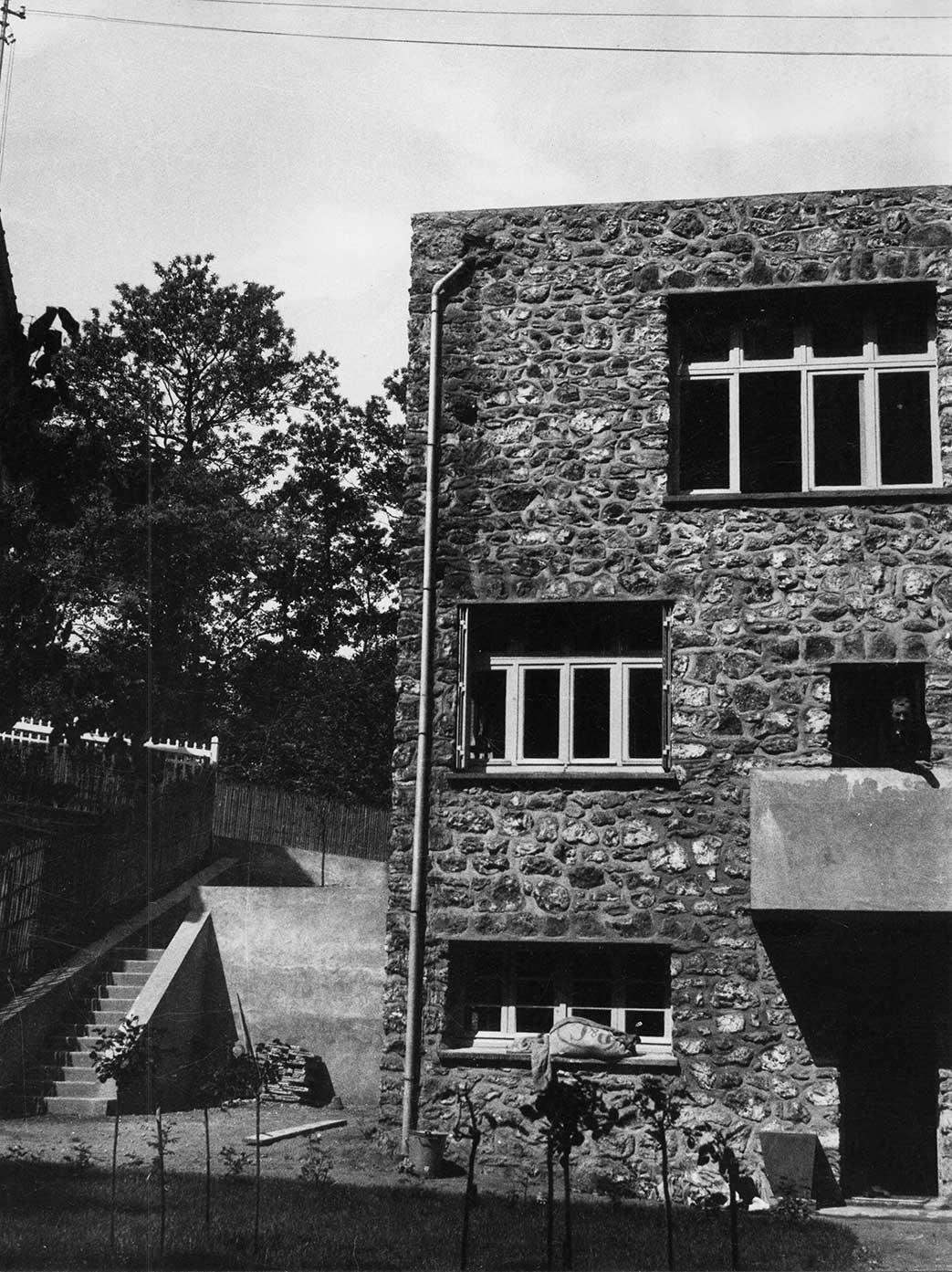 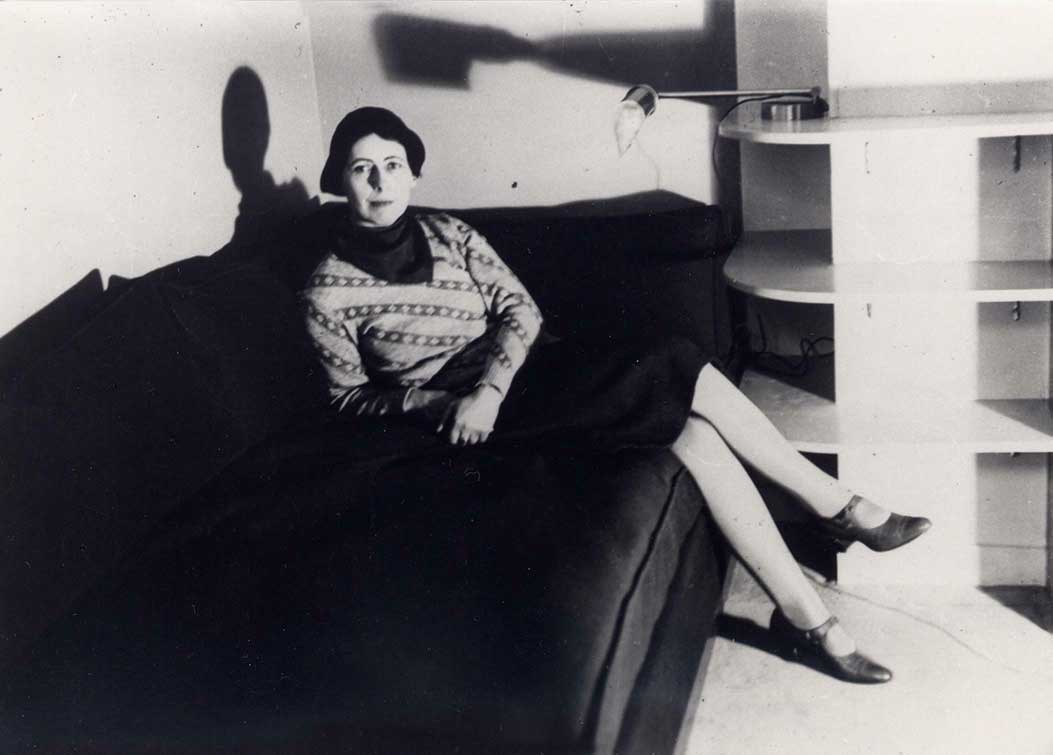 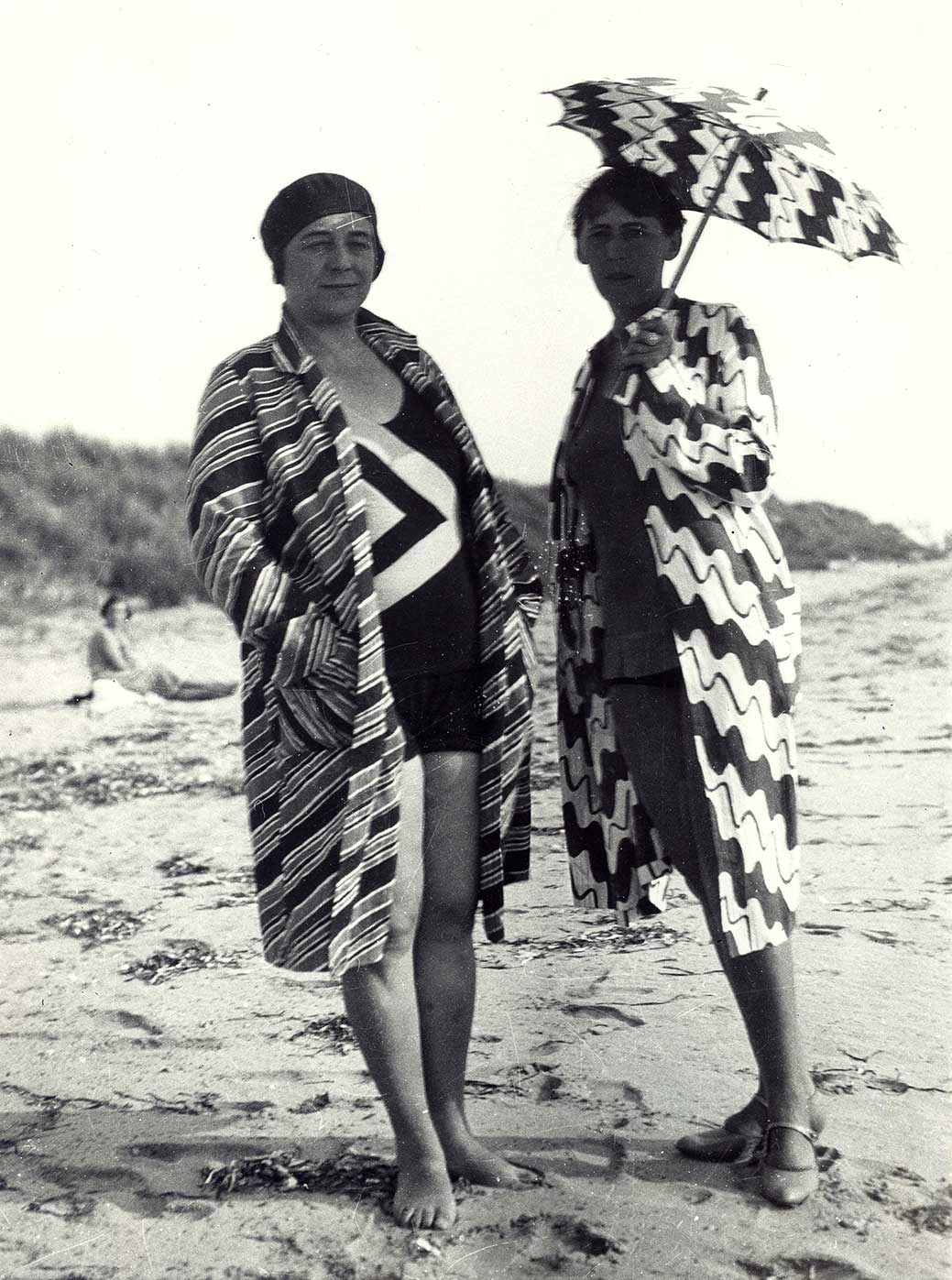 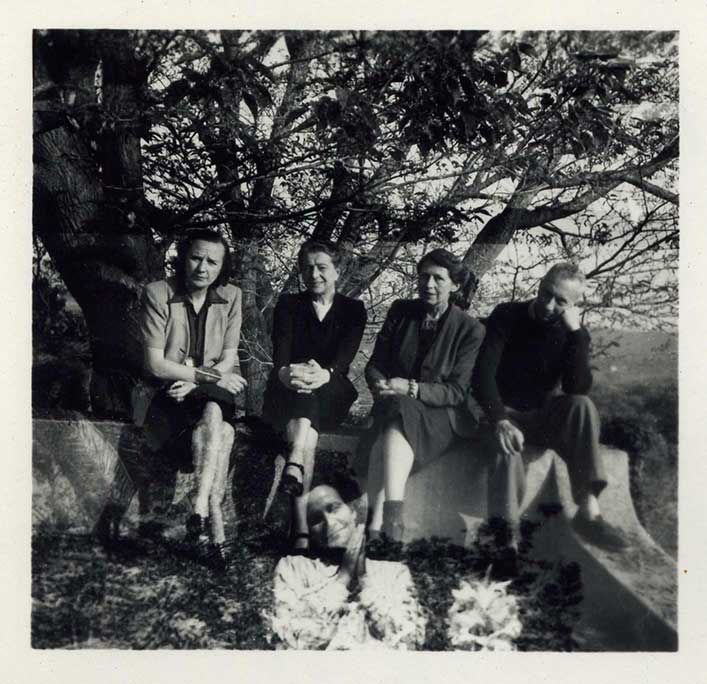 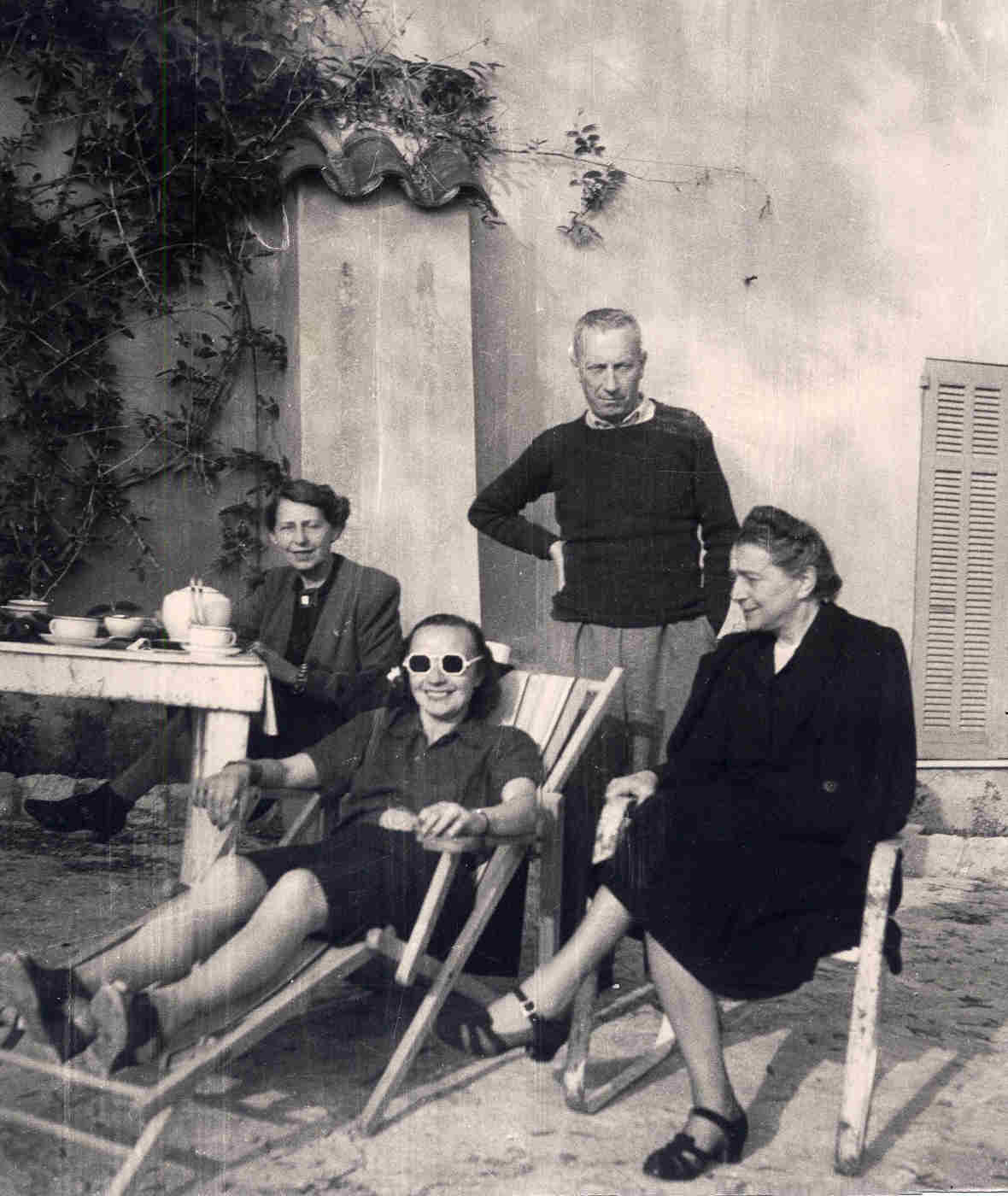 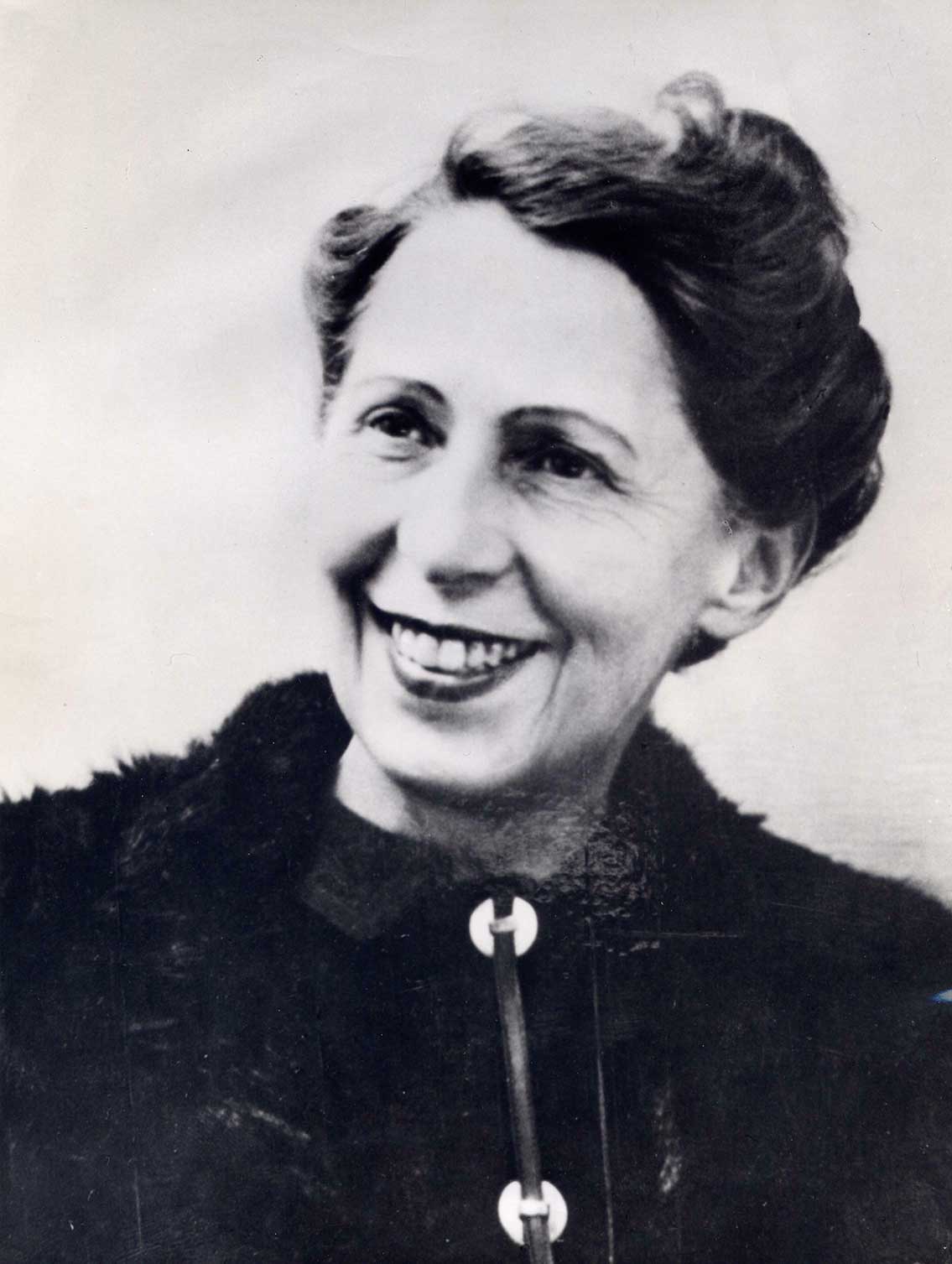 In Paris, Sophie Taeuber-Arp joined the artists’ group Cercle et Carré and participated in their exhibitions. In 1931 she became a member of the association Abstraction-Création. Her artist friends Theodor and Woty Werner hired her to design the interior of their Paris apartment. A year later, in 1932, she left the Schweizerischer Werkbund. Her visit to the Sztuki Museum in Lodz, which was facilitated by Jan Brzekowski, led to a fruitful artistic exchange between the Polish avant-garde association a.r. and the Parisian artist’s group Abstraction-Création. Sophie Taeuber-Arp participated in various group exhibitions, and often showed her work with Artistes Suisses at the Galerie Vavin and at the Kunsthalle Bern with Hans Arp, Kurt Seligmann, Hans Schiess, and many others. She designed the layout for Anatole Jakovskis’ book Hans Erni, Hans Schiess, Kurt Seligmann, S. H. Taeuber-Arp, Gerard Vulliamy in 1935. Theodor and Woty Werner helped her secure the commission to design the interior of the Bauhaus professor Ludwig Hilberseimer’s Berlin apartment. Her work was shown in the exhibition These, Antithese, Synthese at the Kunstmuseum Luzern and in 1936 in Zeitprobleme in der Schweizer Malerei und Plastik, an exhibition of contemporary Swiss painting and sculpture, at the Kunsthaus Zürich. Additionally, she participated in the Konstruktivisten-Ausstellung, an exhibition of constructivist art, at the Kunsthalle Basel. Sophie Taeuber-Arp founded the international artists’ journal plastique with César Domela, A. E. Gallatin and L. K. Morris in 1937. The same year she joined the Swiss artists’ group Allianz. In 1938, she exhibited at the Exposition internationale du Surréalisme in Paris and at the Exposition of Contemporary Sculpture in London. Her illustrations appeared in Hans Arp’s poetry collection Muscheln und Schirme in 1938 as well. The couple fled from German occupation in 1941 to Grasse, where they stayed with Alberto and Susi Magnelli. A selection of the collaborative drawings made by Taeuber-Arp, Arp, Sonia Delaunay and Magnelli during that visit were published in 1950. In 1941, for the first time since the beginning of the war, Taeuber-Arp was able to visit her family in Switzerland. She returned to see them again the following year, in November 1942. Sophie Taeuber-Arp died on January 13, 1943 of carbon monoxide poisoning in Zurich.

BACK TO OVERVIEW
ŒUVRE >>