Hans Arp (1886-1966) made an important contribution to twentieth-century sculpture with a biomorphic formal language that oriented to nature’s processes of change. Arp seized upon the potential inherent to the art of his predecessors and contemporaries. For example, he was interested in the ways artists like August Rodin and Constantin Brancusi reduced the body to the torso and in the use of negative space, which had already garnered significant attention from the avant-garde in the early twentieth century. In turn, numerous artists drew inspiration from Arp’s oeuvre. For example, when Henry Moore and Barbara Hepworth encountered his work in the early 1930s, its smooth surfaces and flowing contours had an almost immediate impact on their sculpture. Subsequent generations of sculptors also engaged with Arp’s legacy, including the Minimalists, who admired his simplified, anti-mimetic forms.

The reciprocity between Arp and his fellow sculptors is the focal point of conference. Discussion on the topic is meant to anchor Arp’s sculptural work within the international development of sculpture in the twentieth century and thereby recognize the significance of his creative production more qualify.

Videos
You can find the conference videos on our youtube channel.

Publication
Dowload the PDF of the conference publication here. 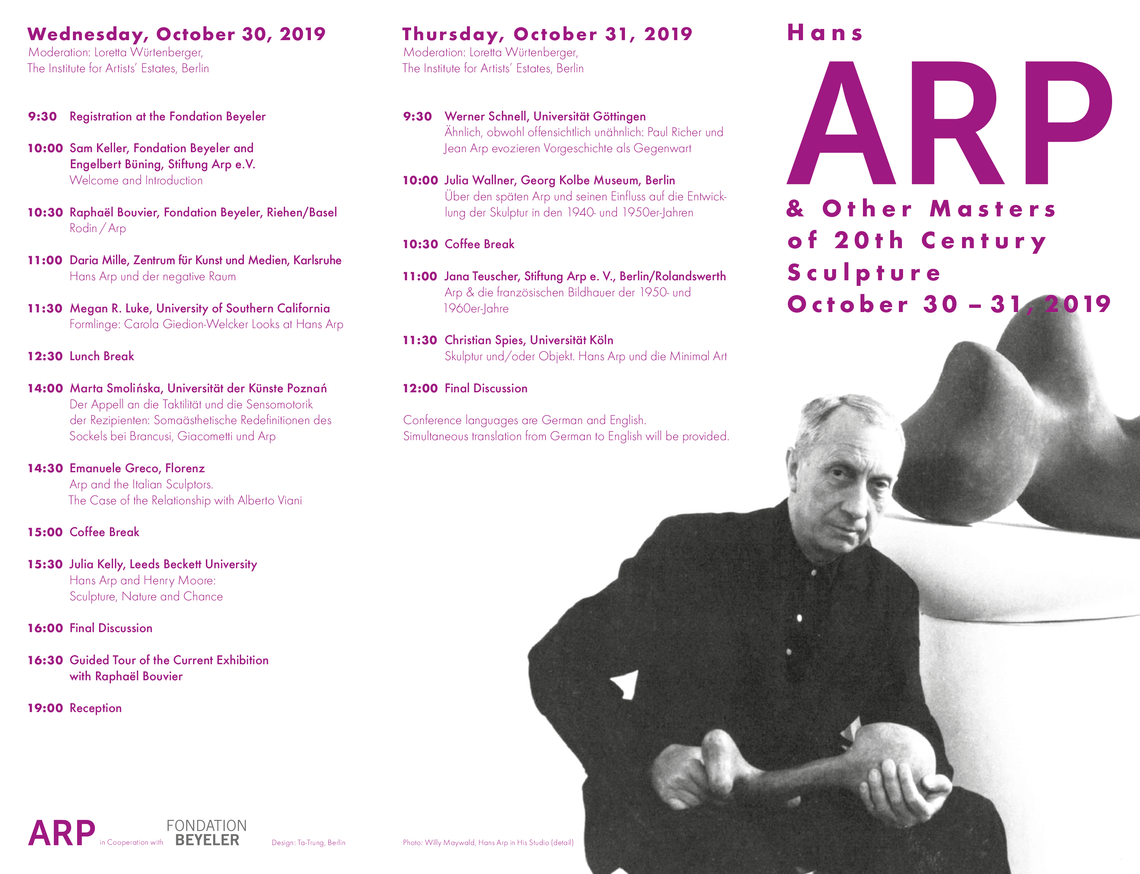